5 Junji Ito Comics to Keep You Up at Night

I have yet to find something as repugnant, grotesque, and, ghastly as anything I’ve read by Junji Ito. His comics are a collage of visual fears warped with a sick and twisted taste of horror that you’d only see in your worst nightmares. But once you’ve read one, your morbid curiosity kicks in. Soon you’ll be ordering away for his collections and watching shorts on YouTube.

If you haven’t picked up a Junji Ito comic, it’s time you stop putting it off and give your horror hobby something new for it to handle. He’s published a lot of works however, and his index can be quite overwhelming if given the chance to skim through. But once you do, I promise you won’t stop. Here’s a few of my favorites to get you started:

Feelin like a fast food run tonight? Glyceride will encourage you to stick to your diet. Yui lives day to day in her families house/restaurant that is covered in grease due to all of the cooking throughout the years. As her and her brother grow older, insecurities about the smell, acne, and health implications grow prevalent. Soon, things take a turn for the worse, and Yui discovers a horrifying secret about her father’s business. If you wanna snack while reading this…well…don’t say I didn’t warn you.

4. The Thing that Drifted Ashore 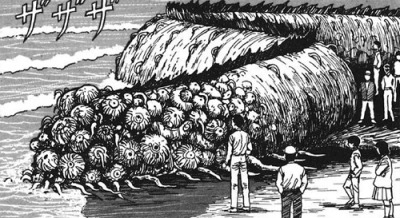 A strange creature washes ashore on a Pacific beach. Puzzled by it’s anatomy, scientists begin to theorize what it is. As an onlooking crowd spectates the humongous rotting corpse, they stumble upon an unlikely surprise.

3. The Enigma of Amigara Fault

There’s a hole for everyone. For everyone, there is a hole. Strange human like fissures begin to appear on the side of a mountain. As gawkers flock to the sight of the phenomenon, a weird urge begins to overcome them. It appears that the holes all have a living owner that fits in just perfectly. People begin to cram themselves into the holes only to never be seen again. 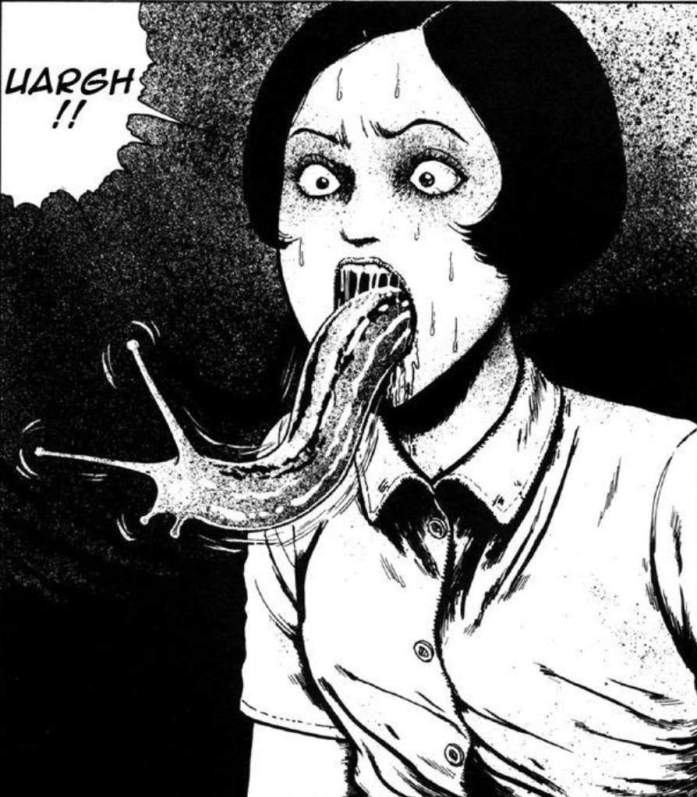 Slug girl is a separate story too. However, the collection includes comics that go off of a more…troubling biological imbalance. Here, you’ll find horrid stories from a girl with a slug in her mouth to things that would send Trypophobics into shock. This collection also includes The Thing that Drifted Ashore.

Many have wondered what is at the depths of the ocean. The best thing is that we get to keep wondering instead of finding out the hard way. Gyo brings the creatures of the deep blue to the surface. No one knows exactly what is going on, but it can be described as a dead fish zombie apocalypse. While scientists try to figure out why ocean life is resurrecting and wrecking havoc on the living, humans begin to experience the same mutation. Again, I don’t recommend eating while reading this one either.

Junji Ito listicles vary depending on the writer’s exposure to his work. These are just my suggestions. I encourage you to head over to the Junji Ito archive and find something that disturbs you as much as these did for me. Just like a hole, there’s a story for everyone.